Such a great cover design! That’s the first thought I had when I received – The Thursday Murder Club by Richard Osman. It doesn’t give anything away with its typeface design, and yet it is so welcoming. These were my thoughts as I plunged forth into this debut author’s book.

It’s one of those books that make you want to grab a hot cup of tea, and sink under a duvet as you read it!

The Thursday Murder Club is a short crime fiction novel, but set in a retirement village. This place is home to a quirky group of four 80-year-olds who like to play detective. (It’s how I wish my retirement to be!)

If Enid Blyton and Agatha Christie would have planned a book, it might have been something like this. Of course, we cannot compare Richard Osman to such legends! Yet the characters reminded me, at times, of The Secret Seven and sometimes of the Miss Marple series.

My verdict is that it is a good one time read. It seems like the start of a new series, so we might as well jump right in!

(PS: I hear that the author would like to adapt this series for TV. Good luck, Richard Osman)

It starts off rather slow. Gently easing you into the lives of retirees living in Coopers Chase. Mind you, it isn’t a drab, but a beautiful high maintenance retirement home. The residents too are anything but boring! In fact, four of them are especially fascinating as they are “The Thursday Murder Club”.

You meet Elizabeth, Joyce, Ron and Ibrahim. Each with their own unique voice. (Great job by Richard Osman on that front!)

They like to solve murder mysteries in their spare time. Considering these are a group of retired people, their other choices include among others Pilates, Zumba and Jigsaws.

This unlikely group of seemingly cuddly octogenarians aren’t to be dismissed as ordinary. In fact, anything but!

The self-declared detectives are sharp witted residents with a great zest for life. You see their mind at work when one of the business owners of Coopers Chase is found dead.

The story quickly moves forward with more murder chases – both in the past and present. The plot isn’t especially mind boggling, but you’ll want to read it more to see how the detectives sweet talk their way in and out of situations.

I enjoyed the subtle wit! Though towards the end some of the stories and the character traits overlapped, so it did feel a bit muddled.

When I went back to the opening page I realised that the author had said this:

Killing someone is easy. Hiding the body, now that’s usually the hard part. That’s how you get caught. I was lucky enough to stumble upon the right place….I come back from time to time, just to make sure everything is still safe and sound…

I remember this left me spellbound then, but now as I complete the book I am still unsure who this person was. Who was this cigarette smoker who kept returning to this hiding place? This thread was left open, unless I missed something in the advance readers copy. Probably, it’ll be ironed out in a book club discussion below 🙂

Despite this little mix up, I look forward to the beginning of this new detective series!

How to Buy the Book:

Well, you can pre-order this book at present as it is slated for release on September 3, 2020.

Click on this link [to Amazon] to view the book.

More About the Author:

Richard Osman is an author, producer and television presenter. The Thursday Murder Club is his first novel. He is well known for TV shows including Pointless and House of Games. As the creative director of Endemol UK, Richard has worked as an executive producer on numerous shows including Deal Or No Deal and 8 Out of 10 Cats. He is also a regular on game shows such as Have I Got News For You, Would I Lie To You and Taskmaster.

This manuscript led to a huge bidding war as it was written by a TV celebrity. Apparently this book took 18 months for Richard Osman to write, and he sold the rights for a seven-figure pay cheque!

I hear that the author would like to adapt this series for TV too! Also, the sequel is already in the offing.

Disclaimer: Thanks to #NetGalley & Viking Books for #TheThursdayMurderClub – an ARC in exchange for an honest review. Two kindles, one problem: how do I transfer my books? That is the story of every avid reader… 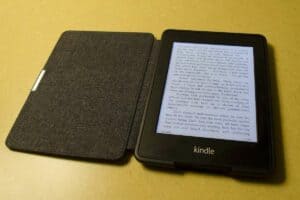 Kindle Unlimited has become more of a buzzword amongst book lovers. Perhaps you’ve heard it from a friend,… 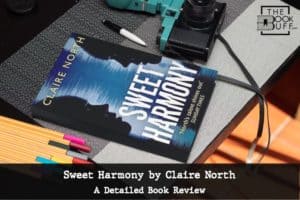 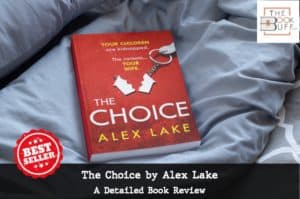 This was my first Alex Lake novel. Yet, one look at the story peg, and I knew I… Whether you’ve ordered a new Kindle device or perhaps you have misplaced the charger for your Kindle, it… 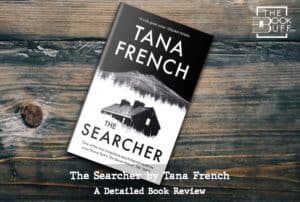 So why did I pick up The Searcher? One – I quite liked the eerie book cover, second…