In many books, you’ll find a prologue right at the beginning of the book. As many readers don’t really know why some authors start their books with a prologue, they just skip it. The question is whether you should read a book’s prologue or just skip to chapter 1.

A book’s prologue is written by the author as part of the book and thus meant to be read. It links to the rest of the book. You miss some important relevant information about the content of the book if you don’t read it. So, if the book you start reading has a prologue, you should start with the prologue before going to chapter 1.

Differences between a Preface, Foreword, and Prologue

Prefaces, forewords, and prologues are related to each other but everyone has a specific role and there is a distinctive difference between the three.

The preface of a book is an introduction providing information regarding how the book has been conceived and written. A preface is commonly found in books written or compiled by more than one author.

In the preface the main author normally gives the background and information on why and how the book has been written. As in the case of a prologue, the author writes the preface – not an editor or anybody else.

It is important to remember that a preface is not a summary or preview of the content of the book.

The prologue in a book is always written by the author of the book. In the prologue, the author gives an introduction that sets the scene for the story to come. It is part of the book and should be read before chapter 1.

The Format of the Prologue

You’ll always find the prologue at the beginning of a literary work. It is before the first chapter and is separate from the main story. Generally, it has its own paragraph numbering, if any, and the pages are numbered differently from the rest of the book.

Although prologues are normally found in fiction, you will also find them in narrative non-fiction like memoirs and biographies. It provides the reader with information about the story, making it easier for the reader to understand the rest of the book.

A prologue can be anything from one to five pages.

If the book you start to read has a prologue, you should read it as the author uses the prologue to

A prologue is not ABOUT the story in the book, it is PART of the story. KM Weiland, an author and well-known writer of writing guides states that prologues are meant to convey information—not hook the reader.

What the author describes in the prologue also doesn’t have to take place in the same time or place as the main story. It could be a scene either from the past or future that is not part of the main story, but ties into the main narrative.

With all this in mind, it becomes clear why you should read the prologue – it is meant to be part of the story.

Why Don’t All Books Have a Prologue?

Whether a book should have a prologue or not is the prerogative of the author to decide on.  Many authors’ writing styles always include a prologue, while others seldom or never use it.

Some writers feel that a strong first chapter is enough to entice the reader to read further. The author doesn’t want the reader to know the framework of the story – the reader must figure it out as he reads the story.

And if an earlier event influences the storyline it can be included in the book where it fits into the storyline. It doesn’t have to be described beforehand in a prologue.

If a future event will be the outcome of the story, it also is not needed to give a glimpse of it in the prologue. It can be set out in the last chapter, or the book can end on a cliffhanger.

How Do You Read a Prologue?

Now that you know that if the author has included a prologue in the book it forms an integral part of the book, the question is how should you read it? Serious readers normally have two ways of using and reading prologues.

The one way is to skim over the prologue. But this is only done when they are looking for a new book to read. They’ll skim through several books’ prologues in the bookshop or library and if they like what is set out in the prologue they will buy or lend the book.

But when they start reading the book they will read the prologue again but this time in-depth and with the same level of concentration that they’ll read the rest of the book.

It is interesting that according to a variety of questionnaires it seems as if 84% of readers read prologues. We hope that you are already part of the 84% and if not, that you are a new reader to add to the percentage! 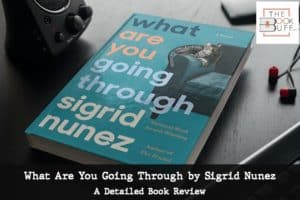 I opted to read What Are You Going Through because of the author. Not that I had read… 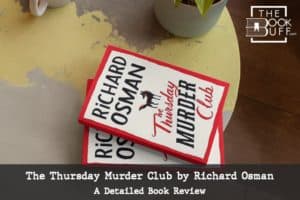 Such a great cover design! That’s the first thought I had when I received – The Thursday Murder…

Whether you’ve ordered a new Kindle device or perhaps you have misplaced the charger for your Kindle, it… Generally speaking, the Kindle reader is quite easy to use. Reading a book on a Kindle is usually…