Disclosure: This post may contain affiliate links. – meaning I may get a commission if you decide to purchase through my links, at no cost to you.

I really wanted to understand how People Like Her captured all of these themes together. And, I surely was not disappointed! Let’s jump right into the review.

Is it possible to be totally consumed by a book? I think so! People Like Her had me initially smiling and nodding. And then it hit me in my gut. Its ending, oh my gosh. Ahhh! What can I say I was a bundle of nerves by the end.

I recommend this book wholeheartedly to everyone who is on social media, especially Instagram. It gets you to re-evaluate whether we should all share as much as we do across platforms.

It is a revenge thriller but it also does a great job of educating you about the time, effort and planning (including pretence!) that goes into becoming an influencer.

Worthy of being your next read!

The book is essentially about this very social media-friendly family – in particular the mother who is an ‘Instamum’.

In typical social media fashion, she shares her life and that of her family via beautifully lit photos and cute captions.

However, some things aren’t always as good as they seem to be. Are these photos showing you the true picture? Are comments harmless? Should you respond to a DM (direct message)? What about followers? Do they really listen or care?

As the plot unravels you hear the versions of the truth from three narrators. The couple, Emily and Dan, each has their own vantage point and take you through their trials and tribulations. There is a third mysterious narrator who moves the story along. This person is deeply hurt, but we don’t know exactly who this is or their motivations.

You soon realise how half-truths are spun in the name of content. And that’s when things will go terribly awry. Clearly, the limelight has its share of troubles. Including things you just couldn’t have imagined.

The author, Ellery Llyod, makes a connection. Despite all the social media drama /diatribe, her theme rings scarily true!

The three narrators enable us to see the different viewpoints. I quite liked how the stories intertwined and the vantage point provided by this narrative style.

Indeed the author has taken great pains to explain the apparent inner workings of the Instagram world. We learn of the pressures of being a mini Instagram celebrity, and what it does to people both within and outside their circle.

I appreciate the perspective even though I would hope the world isn’t so crazy, yet!

Of course, the story did give me a jolt towards the end. Perhaps a bit extreme, but possible!

I think people who practically live via these sharing apps must remember who they impact. The plot serves as a lesson for netizens.

People Like Her is a story that will be hard to forget.

How To Buy The Book:

This book is slated for an early 2021 release!

More About The Authors:

Collette is a journalist and editor who has worked across the UK, Australia and the Middle East. She has worked extensively with fashion magazines.

She was with Stylist as their features editor, was the acting content editor at Elle, and as editorial director at Soho House & Co. She has also worked with Grazia.

Collette has contributed to newspapers including The Guardian, The Telegraph, and The Sunday Times. She also has two travel books to her credit. At present, Collette works in retail placement with a firm called Churchill Husband.

Academically speaking, she is an MA in Theology and Art History from the University of Cambridge.

Paul is the author of two previous novels, Welcome to the Working Week and Every Day is Like Sunday. He also has to his credit a series featuring a witty detective, Alex Blizard. There are at present three books in this series.

His writing has usually been described as sharply witty. Something he has seems to have brought to his latest novel too!

People Like Her is their first novel – and honestly, the backgrounds of the two central protagonists are quite similar to these two co-authors! Also, what I know is that film and TV rights to this book have also been optioned. Also, the duo has already been pre-booked for another book. Woohoo!

Disclaimer: Thanks to #NetGalley #MantleBooks @ElleryLlyod_author for a copy of #PeopleLikeHer in exchange for an honest review. 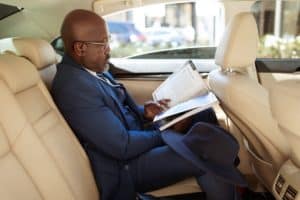 Sometimes people wonder whether it is a good habit to read while traveling in a  vehicle. Can it… So you bought a new Kindle and you are ready to start reading! One of the first things… If you are new to Amazon’s Kindle ecosystem, you will come across several terms that seem quite similar… 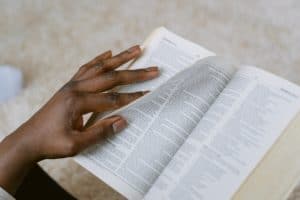 You may have heard that reading can improve your vocabulary and help you learn a language. Learning a…